Was The Founder Of The Scouting Movement Gay? 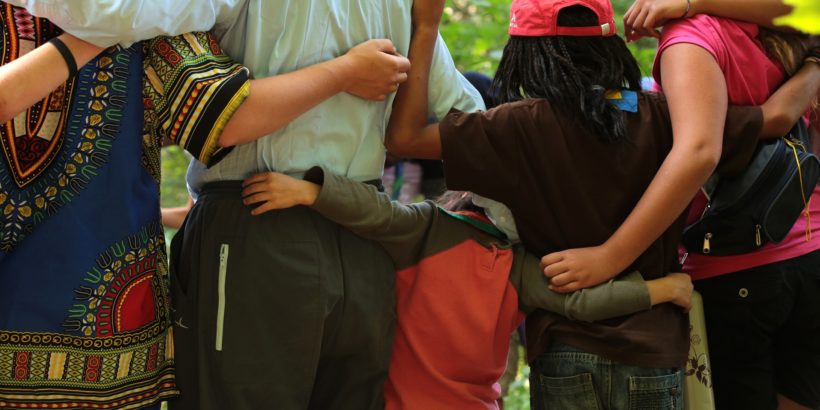 Boy Scouts of America continues to openly exclude gay men and boys from their organization, and so far, the courts have not forced them to change their opinion. [This changed in 2015.]

(Girls Scouts do not discriminate against lesbian girls and women.)

Wouldn’t it be the ultimate irony if the guy who founded scouting had been gay? According to some biographers, he was.

Lord Robert Baden-Powell did not found Boy Scouts of America or Girl Scouts, but he founded the larger scouting movement that began in England and upon which scouting programs worldwide are based.

A lot has been written about Baden-Powell, and a number of his biographers conclude that he was gay.

“The available evidence points inexorably to the conclusion that Baden-Powell was a repressed homosexual,” Tim Jeal wrote in The Boy-Man: The Life of Lord Baden Powell. (Long out of print and available only used, Jeal’s book is now also available as Baden-Powell: Founder of the Boy Scouts

. And Jeal should know; he is a well-respected British biographer and novelist whose work about David Livingstone was chosen when it was published as one of the best books of the year by editors at the New York Times and The Washington Post. Jeal’s biography of Baden-Powell provides seemingly endless details to support his conclusion that Baden-Powell, who literally wrote the book on scouting, was gay.

Boy Scouts of America, which was founded in 1910, based its program on a book written by Baden-Powell. After returning as a hero from military service in Africa, Baden-Powell found that young English boys were reading the manual on stalking and survival in the wilderness that he had written for his military regiment. He gathered ideas from a few others and rewrote the manual for a nonmilitary audience. The nature skills book was called Scouting for Boys.

To see if his ideas would really work, Baden-Powell brought together 22 boys at a camp on Brownslea Island. The campout off the coast of England was a success; the result was the beginning of the scouting movement. The movement spread quickly and Baden-Powell was labeled as its founder. He was later proclaimed Chief Scout of the World.

Because of the era in which he lived and his desire to destroy as much of his personal correspondence as possible, no one will ever conclude for sure whether Baden-Powell was gay. Biographers have gleaned information from his personal diaries and his surviving correspondence that certainly seems to suggest his taste was not for women.

Among other things, it is known that he enjoyed watching young men swim naked and that he expressed disdain for seeing female nudity. Baden-Powell also had a decades-long friendship with Kenneth McLaren, with whom he served in the military and with whom he shared accommodations as often as he could.

Jeal said he found nothing upon which to conclude that Baden-Powell and McLaren had a physical relationship.

“The facts that I have assembled point to a close and long-standing friendship, which ended after 30 years with a marriage which Baden-Powell could not accept,” Jeal said. “There is no evidence to justify the claim that the friendship between Baden-Powell and McLaren was physical.”

That does not mean that Baden-Powell was straight, however, and Jeal wrote that he believes the Chief Scout was gay. It simply means that the evidence to support a relationship with the man whom Baden-Powell called his “best friend in the world” does not (or no longer) exists. Even Baden-Powell’s way of referring to McLaren suggests a closeness. To Baden-Powell, McLaren was “The Boy.”

“Whether a physical relationship accompanied the deep affection Baden-Powell had for McLaren, it is impossible to determine, though it is clear that ‘The Boy’ occupied a very special place for Baden-Powell emotionally,” according to The Character Factory by Michael Rosenthal, a Harvard graduate who also wrote about Virginia Woolf.

Baden-Powell did get married when he was in his fifties to a woman in her twenties. When he wrote his mother to tell her the news, he did not focus on his fiancs physical beauty.

“Her fault is that she is young, but she has a very old head on her shoulders and is clever and wise and very bright and cheery,” Baden-Powell wrote to his mother.

He said he could not tell if a woman was pretty. “Henrietta Grace had mentioned, in a letter, a girl whom she has heard ‘is said to be pretty,'” Jeal said. “[Baden-Powell] told her wearily in reply that she might be right but that he could not say. ‘I’m no judge,’ he explained.”

In Jeal’s chapter entitled “Men’s Man,” he wrote that biographers who base their decision of whether Baden-Powell was gay on the evidence of a physical relationship with McLaren might be missing the point.

“By confining their attention to one friendship, and by making physical relations the acid test to a homosexual orientation, they missed a more important point,” Jeal said. “Whether a man acts upon a homosexual inclination or not (or even acknowledges his tendency), is not more significant than the effect such a tendency will have upon his life if it is denied.”

All the evidence about Baden-Powell’s sexual is orientation circumstantial — although voluminous and convincing. The tangible evidence, Baden-Powell himself, died in Kenya in 1941.

It is more important to some, however, that Baden-Powell likely would not have supported the exclusion of gays and lesbians from scouting programs. His own words at the end of his life make that clear. “[Scouting’s] aim is to produce healthy, happy, helpful citizens, of both sexes, to eradicate the prevailing narrow self interest, personal, political sectarian and national, and to substitute for it a broader spirit of self-sacrifice and service in the cause of humanity,” Baden-Powell wrote in one of his last communications.

In a final letter to the general public, he wrote a sentence that suggests the dislike he had developed for useless squabbling and exclusion that seems to exist in modern Boy Scouts.

“Looking back on a life of over eighty years, I realize how short life is and how little worth while are anger and political warfare,” he said.

Disclosure: As an Amazon Associate I earn from qualifying purchases. This site also participates in and links to other affiliate and advertising programs. When you click a link on this page or make a purchase after clicking a link, I may make some money.